Plans are gaining momentum for the Dìleab concerts which will take place throughout the islands in November and December 2018. 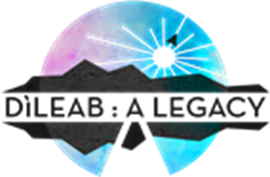 The Harris event will take place on Friday the 9th of November and will feature pupils from Sir E Scott and their showcasing of the themes of land struggle and protest and politics.  On Thursday the 15th of November, Sgoil Lionacleit will host their Dìleab concert based on the theme of the impact of war on our islands.  On the 30th of November, Castlebay Community school will host a concert on the theme of emigration.  The final concert will take place in Ionad Spòrs Leòdhais, hosted by The Nicolson Institute and presented by well-known broadcaster and former pupil, Alasdair Fraser.  This concert will be the school’s commemoration event marking one hundred years since the Iolaire disaster which had a devastating impact on the school and the wider community.  This concert will feature the school’s traditional orchestra, choirs, soloists, psalm precentors and performances from pupils across the Western Isles, including the Sgoil Lionacleit Pipe Band.  Willie Campbell will also be showcasing new songs commissioned by the Comhairle’s Education Department, featuring the four themes of Dìleab, at each of the four concerts.

BBC Radio nan Gàidheal will record the concert on the 14thand this will be broadcast as part of their series of programmes remembering the Iolaire tragedy.

Commenting on the final concert which will take place on the 14th of December, Frances Murray, Rector of the Nicolson Institute said: "It is so important that the current generation of pupils continue to be aware of the huge effect that the First World War in general and the Iolaire tragedy in particular had on the island. We are delighted that the many talented musicians in the school will be involved in this fitting commemoration of those lost."

Cllr. Angus McCormack, Chairman of the Education, Sport and Children’s Services Committee, said: “Given that this is the Year of Young People and it coinciding with the 100th anniversary of the Iolaire tragedy, it is highly appropriate that our young people across the Western Isles are working on projects relating to the war. I would like to commend the work done by the pupils and staff in collaboration with the Comhairle’s Multimedia Unit, on important topics such as emigration and the impact of the war on our communities.

“Having already had a taster of the musical elements which will see young people showcase their talents alongside well-known local artists, Willie Campbell, I know that those fortunate enough to secure tickets for the events on are in for an absolute treat.”