The 2017 WIIGA Squad flew back to Stornoway following a successful and thoroughly enjoyable, and successful, week of high level international competition at the NatWest Island Games XVII Gotland 2017. They returned with a record haul of 10 Gold medals; 2 Silver medals; and 1 Bronze medal, and an abundance of happy memories both of competition and the beautiful island of Gotland. 7th in the final medal table was the highest finish to date, ahead of the 2 other Scottish Islands for the second Games running. But no doubt they’ll be back!

A total squad of 88, including coaches, management team and physios, represented the Western Isles at the bi-annual event, with 73 participants competing in 8 different sports – Athletics, Badminton, Cycling (Road & MTB), Golf, Football (Men’s & Women’s), Shooting (ABT & Skeet), Swimming and Triathlon. 35 of the participants were under 20 years old.

Interestingly, at a time when there is a lot of discussion being held about female participation in sport, all of our medals were won by females.

Our medallists were as follows:

WIIGA’s membership of the International Island Games Association (IIGA) provides our islands sportspeople with access to one of the biggest international multi-sport events in the world, and is the highest level many of them will have the opportunity to compete at. They come face to face with Olympians, Commonwealth Games athletes, UEFA/FIFA recognised football teams, professional cyclists and learn that with hard work they have the talent to compete at or near this level.

As always there were so many highlights through the week, but one that definitely stands out is the gold medal won by young Eriskay triple jumper, Heather Mackinnon. In a field that included a former Olympian she produced the jump her life in the first round to set a target of 11.06m for the rest to aim at – with five jumps to go! Heather twice beat her previous personal best in a terrific series of jumps and still held the lead when the second last competitor produced a big jump. The large crowd of Western Isles supporters feared the worst as 11m went up on the scoreboard, but when that was followed by .02 emotions were let go and the gold was confirmed.

What made this medal special was that she was able to share the win with her father, mother, brother and sister who had made the trip out to Gotland to offer support. There were some very emotional scenes showing just how much it means to the athletes.

There were many successes beyond the medals, with new talent emerging, personal bests achieved, athlete’s just missing out on medals and personal challenges overcome. But alongside the sporting performances the Games also provide our islanders with the opportunity to meet and form friendships with people from the other 23 islands. 35 of the competitors were under age 20, with 17 attending their first Games and the expectation is they will have learned from the experience and keen to compete for places at future Games.

Prior to leaving for Gotland WIIGA’s main sponsor, The Scottish Salmon Company, presented the WIIGA squad with their official kit. With costs approaching £170,000 the support of a main sponsor is invaluable and contributes towards WIIGA’s efforts to make attending the Games as affordable as possible to our talented Island athletes, who take such pride from representing the Western Isles.

General Team Manager, Iain GG Campbell, said "Our partnership with The Scottish Salmon Company has certainly benefitted WIIGA over the last two Games. Friendships have been formed and we have shared many positive images of our competitors, showing what a successful community partnership can provide.

We understand the need for businesses to continuously review their priorities but I look forward to meeting with Craig Anderson’s team to thank them for their support and provide feedback on the Gotland Games."

Craig Anderson, Chief Executive of The Scottish Salmon Company, said: "A huge congratulations to the Western Isles team on their fantastic achievement at the recent Games in Gotland.

We are very proud to support this year’s record-breaking team and hope the athletes go from strength to strength at the next island gathering in Gibraltar 2019." 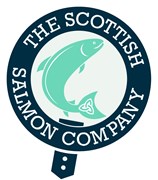 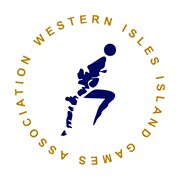