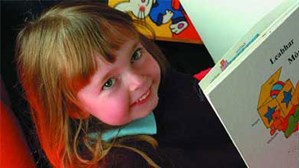 Since the inception of the Council in 1975, Gaelic has been promoted in many ways and a bilingual policy has been in place since its inception.

In October 2004, Comhairle nan Eilean Siar their revised bilingual policy. The overall aim of the policy is that the Western Isles should be a bilingual community in which Gaelic and English have equal validity as the languages of communication.

As Convenor Alex MacDonald explained at the time of the launch: "The policy targets some of the key issues which appear in the Gaelic Language Bill as amended by the Scottish Executive, and we anticipate it will dovetail into the National Policy for Gaelic. I am particularly pleased that Gaelic Medium Education has gained a higher profile in the amended Bill and that Bòrd na Gàidhlig have been awarded more powers which will help them in their efforts to give Gaelic a higher national profile. Comhairle nan Eilean Siar view Gaelic Medium Education as central to any regeneration of the language and we hope that the aims set out in the policy will be fulfilled. It is the Comhairle's aim to work closely with Bòrd na Gàidhlig in carrying out our agreed objectives and our participation in the Western Isles Gaelic Language Plan highlights this".

The main objectives of the Plan are: